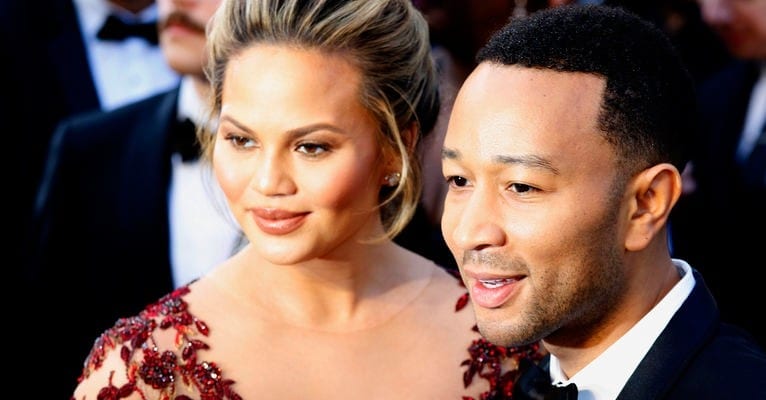 Today these celebrities are household names, but we may never have heard of them if it weren’t for the encouragement they received early on from their teachers.

From The Oprah Winfrey Leadership Academy for Girls to OWN and O, The Oprah Magazine, Oprah has consistently championed learning. All of that started with her fourth-grade teacher, Mary Duncan. In 1989, Oprah welcomed her favorite teacher as a guest on her show.

I always, because of [Duncan], felt I could take on the world. [She] did exactly what teachers are supposed to do, they create a spark for learning that lives with you from then on,” Oprah says. “It’s why I have a talk show today.” 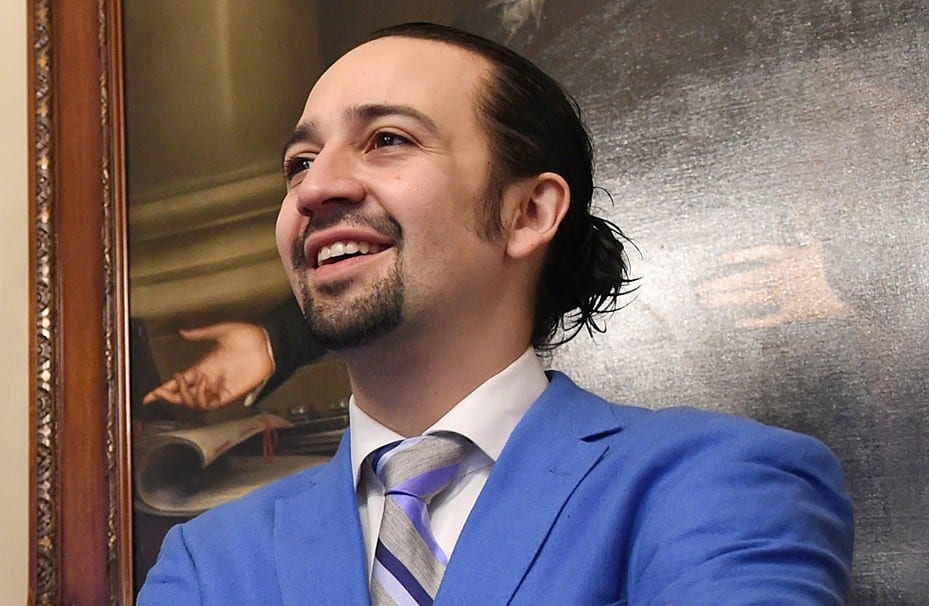 Lin-Manuel Miranda proudly states that before becoming a famous playwright, he was a substitute teacher. Hamilton is full of references to well-known music that influenced Miranda, but just as inspirational was “Martin Luther King,” a song written by his elementary music teacher, Barbara Ames.

Decades later, Miranda can still recite all the lyrics to Ames’ song, which he proved in 2016 when he and 50 former students, gathered to sing the song as a tribute to her.

3. Megan Mullally: “It was the first time I’d ever done anything remotely like acting.”

Megan Mullally might not have become an actress if it weren’t for her high school English teacher, Steven C. Surbeck, who cast her in her first role.

For some reason [he] assigned me the role of Portia in ‘The Merchant of Venice’ when we read it aloud in class. It was the first time I’d ever done anything remotely like acting, and I thought, ‘hmm…’”

4. John Legend: “Until her class, I hadn’t believed in my ability as a writer.”

John Legend credits his English teacher, Mrs. Bodey, with cultivating his confidence as a writer that ultimately led him to become a songwriter.

My English teacher, Mrs. Bodey, was instrumental in the educational journey that carried me through school and into my career. Until her class, I hadn’t believed in my ability as a writer. She recognized my potential and showed me that I could write with creativity, with clarity, with passion.”

“Ms. Brown was very special because she was my mentor. She was very helpful to my family and me. She and I became close friends and are good friends. After so many years, we still spend time talking on the phone.”

6. “Being a parent and being a teacher are parallel lines.” – Jon Hamm

Jon Hamm’s employment history includes teaching drama (to students including Ellie Kemper) at his alma mater, John Burroughs High School, and he still considers returning to the classroom. He respectfully refers to teachers as “alternative parents” and credits them for guiding the trajectory of his life after he lost his parents.

It can be the difference between, literally, life and death — like a kid who lives a successful life and a kid who punks out in the gutter.”

7. Dr. Maya Angelou: “She was one of the few gentlewomen I have ever known, and has remained throughout my life the measure of what a human being can be.”

Dr. Maya Angelou is one of history’s greatest writers and her work is studied throughout the world, but Angelou, who taught humanities at Wake Forest University, described herself as a teacher first, saying, “I’m not a writer who teaches. I’m a teacher who writes.”

Her neighbor and teacher Bertha Flowers cultivated her love of poetry by taking her to the library and visiting her home to read to her. Flowers earned further respect for empowering Angelou to regain her voice after not speaking for five years. Angelou paid tribute to Flowers in her autobiography, “I Know Why the Caged Bird Sings.” 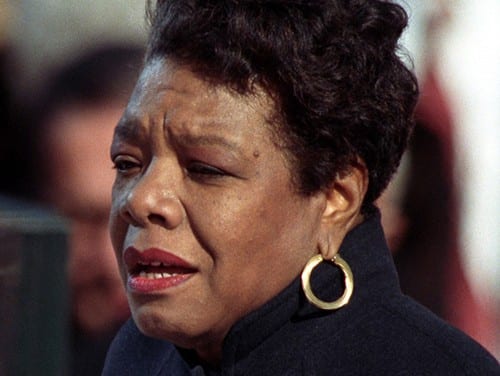 She had the grace of control to appear warm in the coldest weather, and on the Arkansas summer days it seemed she had a private breeze which swirled around, cooling her. … When she chose to smile on me, I always wanted to thank her. The action was so graceful and inclusively benign.”

8. Sir Patrick Stewart: “His influence on me has been profound.”

Sir Patrick Stewart is a star of stage and screen and the British monarchy has honored his contributions to the arts by appointing him as an Officer of the Order of the British Empire (OBE). Perhaps the first person to recognize Stewart’s potential as a professional actor was English teacher Cecil Dormand, who introduced Stewart to Shakespeare and helped pay for Stewart’s first acting class.

So no Cecil Dormand, no acting career for Patrick Stewart. Everything began with him, as I reminded him when I called him on his 90th birthday this past summer.”

9. Lucy Liu: “My love of the arts started in public school. … We didn’t really focus on art at home, so the only opportunity I had was when I went to school.”

Although Lucy Liu is more widely known for her acting, she holds a degree in fine arts, and galleries have showcased her paintings. Liu discovered her love of art in school and now campaigns to keep art programs in schools.

What I loved about the project we did today in school was not so much the result of the collages that they had created, but really it’s the community that was seen when the kids were working on them together.”

Colin Firth said that Barton Peveril College “saved him” and described his time there as two of the happiest years of his life. He appreciated his teacher, Penny Edwards, so much that he brought her with him when he received an award at the Houses of Parliament.

He also mentioned Edwards upon receiving a Gold Award from the Association of Colleges.

I must’ve been paying some attention as I can still quote randomly from Thomas Hardy and Lord Byron. Receiving this award gives me an unusual opportunity to thank my college and the person who helped me the most, my extremely fine English teacher Penny Edwards.” 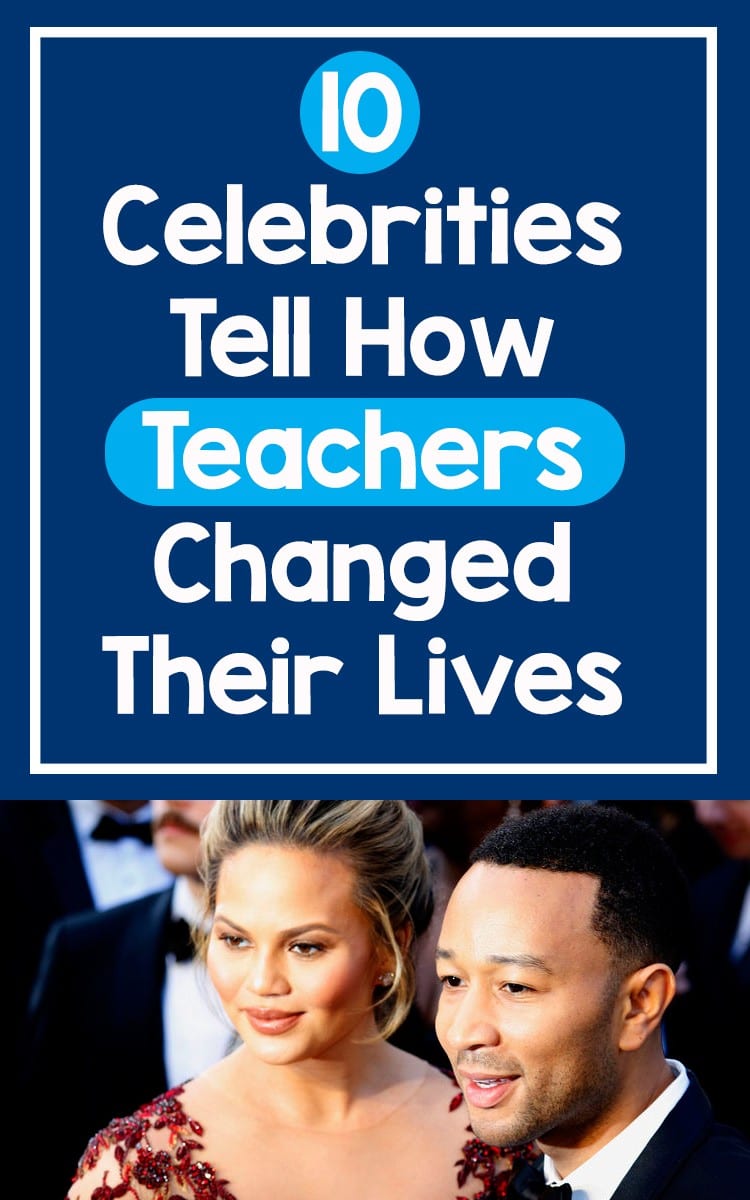